Forget lectures, this degree turns the office into the classroom 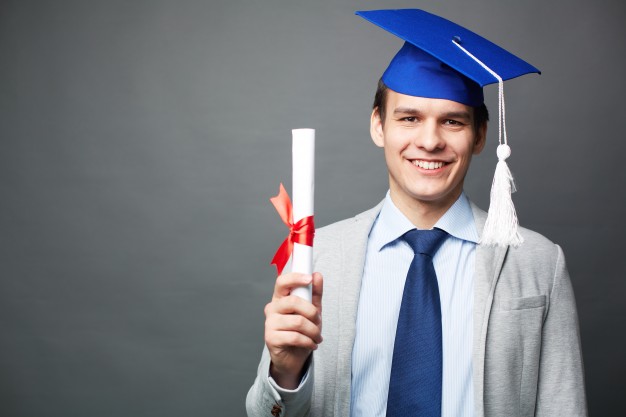 People often say they learnt more in the first six months of their job than they did over the entire university degree which got them hired – but, until recently, learning in the workplace went largely unrecognised.

Whereas students who are taught the theory of, say, marketing or finances get academic qualifications at the end of their studies, employees who sell houses and balance books rarely get formal recognition of their skills.

But one industry, at least, is trying to change that.

To do so, Australia’s National Real Estate Association has teamed up with an English University at the forefront of incorporating real work experience with its degrees and helping professionals get the qualifications to match the skills they have already learnt on the job.

“We don’t often realise how powerful workplaces are as places to learn,” Dr Cathcart said.

“There is a lot of activity going on around us – in a real estate agency there are sales going on, there are potential clients walking through the door – but we often don’t realise the range of capabilities we pick up on a day-to-day basis and the amount of potential learning there is going on right in front of us.

“So we make sure our students’ focus is on developing their capacity through that workplace environment – essentially, the workplace becomes their textbook.”

After several years the NREA has helped many real estate professionals who had incomplete degrees or never went to university gain bachelor’s degrees in arts and science.

“The NREA has developed an educational pathway that allows a real estate professional to develop their learning from the sales registration course through to the licenced agents course and then onto a degree via ‘work based learning,” Dr Cathcart said.

The NREA president said many had gone on to further study and taken their careers to the next level.

“The biggest thing I’ve seen for those students over the years is that once that recognition of their skills is there, their confidence just goes up enormously,” he said.

“They go from strength to strength from that point.”

And for those who think they don’t have the time for both work and study, Dr Cathcart said the courses had been designed to make that balance possible.

“First of all, you don’t go to any lectures,” he said.

“You have online resources available to you and those resources are all about helping you identify the skill sets around you in the workplace.”

Dr Cathcart said students first identified abilities and knowledge they had already learnt in the workplace and received credit toward completing their degree for that.

“So someone who has been working for, say, five years, may already have had two-thirds of the credits they need to complete the course,” he said.

“To get those credits, we get them to identify the skills they’ve already picked up and write a series of papers about what they’ve learnt.”

The final part of the course involves a supervised project in the workplace – an ordinary office activity, such a marketing campaign, but one that had been identified as a learning module.

And it’s not just employees who benefit. The NREA president said employers who supported their staff through work-based learning reaped the rewards.

“There’s two big benefits for the employer,” he said.

“The first is that the employees tend to feel much more more loyal to their employer, they are generally very appreciative that their boss has allowed them to further themselves.”

In addition, Dr Cathcart said the study often made employees much more focused on doing their job well.

“Work-based learning is all about reflecting on the tasks that you’re already doing,” he said.

“Take improving customer service, for example. The course may get students to reflect on the skills needed to improve customer satisfaction and so they tend to then take steps towards improving every encounter they have with a customer.

Why do we need to undertake continual learning?